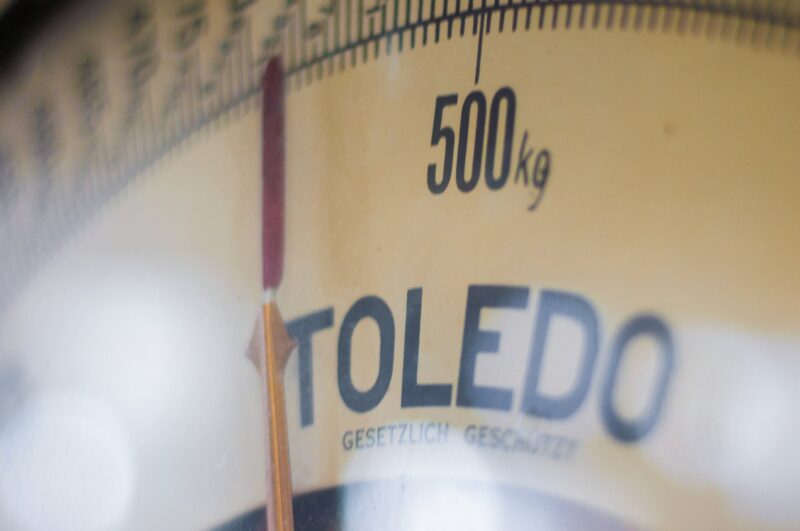 As early as I can remember I was always fit and active. As a youth, I played both soccer and baseball and did so well into my teens. All throughout high school I played various sports and always stayed active. Shortly after high school I got married and continued to be active through my work in horticulture, landscaping, and cabinetry. While my sports activities slowed down, my work activities did not.

While I cannot pick a day, week, month or even year where I really stopped being active, I believe it really started when I went back to school to get my diploma in computer electronics. It was a condensed program for 9 months and was only 1/2 days. I had the afternoons to myself at home while my wife worked and I learned how to cook or more appropriately learned how to follow instructions from a book.

Obviously, my lifestyle started to be a little more sedentary at this point. Once I graduated I quickly found employment in my field. I would not consider the technology field a place where one really needs to be physical on the job. I will say though before the invention of LCD monitors some of the Cathode Ray Tube (CRT) monitors weighed in excess of 50lbs (we use to bench press them at lunch to show off to the other geeks). I am one of those people who has a “desk” job and probably sits more than 75% of my day at work.

My eating habits really started to go downhill when I started commuting to work. Most technology jobs where I live require you commute to work. The town I live in is more blue collar and have forced me, for the most part, to look outside my community. Since I no longer worked close to home I could not go home for lunch or had to get up too early to make one. So instead of packing a lunch I start going out for lunch. This has a double negative effect on you. One you start to eat more processed fast food and second your wallet starts to get a lot thinner – there is irony there somewhere as my waist gets bigger my wallet gets thinner.

While there are the token “salad” options for lunch, they never tasted as good as the Baconator all 1100 calories. This brings up a good question as to why food that is not very healthy for you tastes so good. I am convinced they put addictive chemicals in them to enhance the taste so that you crave more. So for 5 days a week I would eat at some burger, sub or Chinese place that racked up the calories and really did not compliment my fairly inactive job. But things don’t stop here as with most I continued to slide.

Now that I had firmly bought into my new lunchtime regime I started to snack before and after meals. I am not a coffee drinker unless it is with something else like a mocha, so I just replaced coffee time with chips and pop (soda) time. At first, I may have convinced myself that chips are a vegetable (I think at some point they start life as potatoes). In addition, it was always a diet pop – justification is a wonderful thing when we are trying to eat stuff we know is not good for us. I would usually have my snack combo at least once a day if not twice. For a treat, I sometimes threw in a chocolate bar. It get’s worse.

You might be asking what did you have for breakfast and dinner? Well, breakfast was nothing for at least 20+ years and dinner was normal for a person of my heritage (Dutch), meat, potatoes, and vegetables with the occasional casserole thrown in for good measure. Having no breakfast is not good as we all know and dinner seems pretty normal except for the fact that everything else was crap.

Here is the worse part. One of the companies that I worked for had a deli located in the building. Since I’ve always been an early riser I would always get to my desk by 6:00 am each morning. The deli opened at 6:00 so my first stop was there, but not for something healthy, but for 2 bags of chips a chocolate bar and a diet soda (always diet as it made everything else seem ok). This was my breakfast for 4 years and I still continued with my “nutritious” snacks and “healthy” lunches. For a just under six foot male in his early 40’s things were not looking too good.

Thankfully up to this point I really had no major health issues to speak of, so when I moved companies in 2009 the spiral of crappy eating continued. I may have changed locations, but my habits did not. Three months later that would all change and I would make what I call a radical transformation from which I have still not looked back from.

So what was the defining moment that made me turn things around? The short story is I was looking at photos from our trip to Florida earlier that year and saw a man I did not like seeing. Every photo of me in shorts or swim trunks was not very flattering in fact I had a gut that seemed to have its own weather system. This was a turning point for me as for the first time I looked into the mirror (which lies by the way) and really hated what I saw staring back at me. It was here that I committed to change the way I eat and start exercising regularly.

Let’s pause for a moment as I have never mentioned my starting weight and the weight at which I was my heaviest. While I do not know how much I weighed in high school, I do know that I weighed 150lbs when I got married and put on 80lbs in a little over 20 years to top out at 230lbs. While these may not seem too bad compared to some, I knew it was not healthy and put me at much greater risk of things like diabetes, stroke and heart disease. Who’s that big guy in the picture below? Yes that’s me.

Now that I had committed to changing, I need to decide how I was going to go about it. One thing I knew was I did not have enough discipline to do this on my own and I needed some type of accountability system. One thing I was thankful for was my wife said that she too would start to exercise more and eat more healthy options, even though she did not have a weight problem.

The city I live in had a local business that offered a “Boot Camp” that seemed like just the right thing for me. The marketing part was lose up to 40lbs in their 12-week program. The “meat” part of what they offered was exactly what I was looking for. It was community-based – they had structured group classes at specified times every day of the week. In conjunction with this, they had a complete nutrition program that did not require any measuring, counting calories or buying foods you never heard of. Great fruits, vegetables, meats, and fishes were on the menu.

I dove into the program head first and have never looked back. I soon realized that nutrition is 75%-80% of the equation and exercise is the rest. Once I completed my 12-week boot camp I had lost 32lbs and knew I needed to make this a way of life. You see I had done diets before with the typical lose 10-15lbs, and then gain 20-30lbs once I stopped. I never bought into the true meaning of diet which is from the Latin “diaeta” meaning “way of living”. I now diet every day so to speak and would not have it any other way.

By November of 2009, I had lost another 38lbs bringing my total to 70lbs in just over 8 months. Since then I have gained 10lbs of muscle which I have done through weight training. I try to keep my weight around 180lbs + / – 5lbs. When you think of about how long it took me to gain 70lbs and how quickly I was able to lose it you wonder why I did not start earlier.

To wrap my weighted journey up which continues today let me share with you some basic things that I have learned along the way.

I have wanted to write this down for a long time in the hopes that others may see themselves in me and know that they too can lose that weight they’ve always wanted to. As a standard disclaimer and it’s just dumb not to you should always consult a physician before making these types of changes in your life.

I wrote this piece almost 2 years ago and not too much has changed, but I did want to share a few more things.

In June of 2016,  I left the boot camp that I was attending. Their head trainer was opening up his own business in the Fall and I was going to join his club. Since it was summer and I work outside a lot, I decided to take a break from “formal” workouts.

In September of the same year, I switched roles at work. Nothing major, but my eating habits started to decline somewhat again and I was “snacking” more often. The snacks were not carrots and celery. I did include my diet pop, though (some things never change).

The new boot camp that I was going to attend was late in opening. Fall and Winter were settling in and I was spending less time outside working. At this point, I believed (never confirmed) that I had gained somewhere between 20-30lbs. I knew this was the case because my clothes were talking and they were not saying “how you doin’”.

Middle of December I started working out again. The new club opened and by the middle of February, I had lost all the weight I had gained and was back to eating properly again. Notice once again that it does not take too long to shed the fat/pounds (standard disclaimer – results will vary and may not be typical).

Here we are January 2017 and the weight is still off. I workout 3-4 times a week and love the new program. It’s truly Ideal.

« Lessons From a Meerkat Miracles »