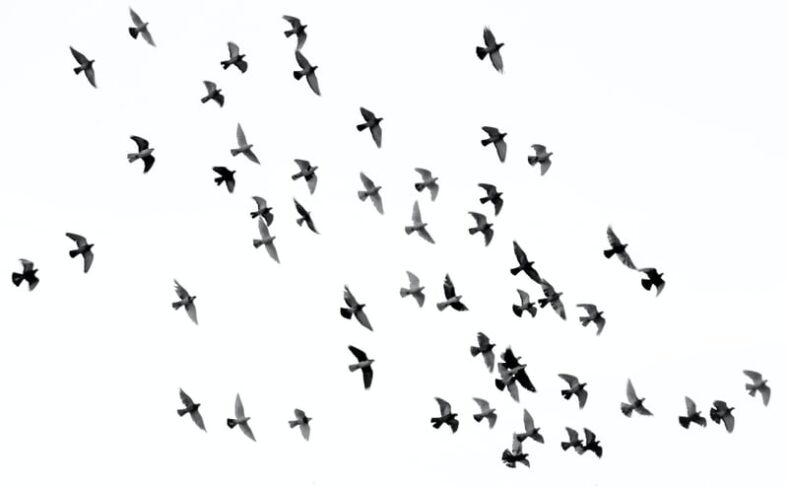 Birds Of The Air

Spring is just around the corner in this part of the country. The winter by all accounts has been fairly mild with not a lot of snow.

One sure sign the spring is almost here is that the common grackle has returned. This is a fairly pretty bird, but don’t let that fool you.

It dominates the feeder not allowing other birds in. Its song is about as pleasant as fingernails on a blackboard. And it is the messiest bird around. By that I mean there is a lot of poo to clean up.

Our property is lined with mature cedars on either side. This is the perfect nesting space for them. The problem is they nest in “bunches.” They are a community bird and where there is one or two there are much more.

I love watching birds at the feeder, but this is one bird that I could do without. They are extremely messy as they clean out the poo in their nests by flying out and dropping it in open spaces. This happens to be the patio, deck, roof, car and anywhere else that happens to be clean.

Another interesting fact about these birds is they are omnivorous. This means they eat insects, minnows, frogs, eggs, berries, seeds, grain, and even small birds and mice – yikes!

One year when we still had our pool I bought a “fake” owl which is said to keep them away. For the first year, it seemed to do the trick. The second year, however, was a different story. They returned and shortly after that I found the owl face-down floating in the pool. We all know who was responsible for that.

And so another year of dealing with the grackles has arrived. By June they have usually moved on, but till then I will have to deal with their sh!t.

« To Bee Or Not To Bee A Day For Everything »